The Samsung Gear VR is a virtual reality headset developed by Samsung Electronics, in collaboration with Oculus VR, and manufactured by Samsung. The headset was released on November 27, 2015.

When in use, a compatible Samsung Galaxy device acts as the headset’s display and processor, while the Gear VR unit itself acts as the controller, which contains the field of view, as well as a custom inertial measurement unit, or IMU, for rotational tracking, which connects to the smartphone via USB-C or micro-USB. The Gear VR headset also includes a touchpad and back button on the side, as well as a proximity sensor to detect when the headset is on.

The Gear VR was first announced on September 3, 2014. To allow developers to create content for the Gear VR and to allow VR and technology enthusiasts to get early access to the technology, Samsung had released two innovator editions of the Gear VR before the consumer version. 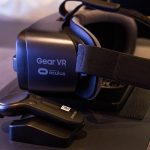 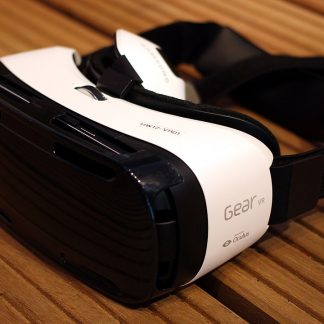