IEEE 1394 is an interface standard for a serial bus for high-speed communications and isochronous real-time data transfer. It was developed in the late 1980s and early 1990s by Apple, which called it FireWire, in cooperation with a number of companies, primarily Sony and Panasonic. The 1394 interface is also known by the brands i.LINK (Sony), and Lynx (Texas Instruments).

The 1394 interface is comparable to USB which was developed subsequently and gained much greater market share. 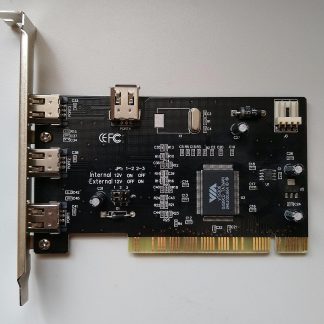